Florida rapper/singer/songwriter XXXTentacion made a name for himself in the underground rap scene with hard hitting tracks which focus on sex, violence, and mental illness. Most notably, his 2017 single “Look at Me,” garnered mild critical recognition, along with massive commercial success, putting X on the map as one of the leading artists in the increasingly overpopulated world of underground hip hop.

X went on to be named as a featured artist in 2017’s XXL Freshman class, bringing with him possibly the most devoted fan base of all the artists named in this year’s issue. His live work as well as tracks with frequent collaborator Skii Mask, The Slump God, brought X to the forefront of his scene, all without a full LP release seemingly anywhere on the horizon. That is, until the end of August saw the release of “17.”

Going into this record, I had no clue what to expect. XXXTentacion had shown almost no common threads through what work he had released. From the angry, Denzel Curry-esque hype track “Look At Me,” which I liked quite a bit, to his ultra-angsty performance in the XXL cypher, which I disliked quite a bit, it seemed the only thing I could expect from an XXXTentacion project was unpredictability, and I was not disappointed.

“17” opens with an explanation from X that this record is “a collection of nightmares, thoughts, and real life situations.” The track comes off as a bit pretentious, but overall, I appreciate the honesty of an artist saying that this is something different and that he hopes his listeners will be open minded and enjoy it. 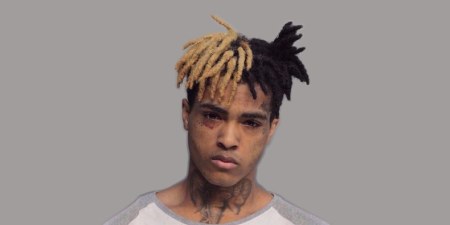 The track, “Jocelyn Flores” follows, and is by far the highlight of the record. It tells the story of X’s girlfriend committing suicide, and goes on to hint that members of his family have chosen the same path. It’s honest, groovy, and features a wonderfully organic sample as a main hook. My only complaint would be that the song is far too short, and doesn’t explore these themes well at all. This is an all too common complaint throughout the entire project.

The acoustic guitar grove, “Depression & Obsession” follows and again we see X’s commitment presenting his ideas in unique ways. It’s interesting and the contrast between the upbeat acoustic grove and the dark lyrics frames X’s disconnect well, but again the track is too short and doesn’t finish what it starts.

“Everyone Dies in Their Nightmares” and “Revenge” follow, continuing the style of a low key rap track followed by light acoustic guitar riff backing dark lyrics. Lyrically, the tracks don’t touch on much different than what’s already been established, but the ladder track is a bit more catchy than its earlier acoustic counterpart.

“Save me,” is, by far, the low point of the record. The instrumentation is distorted to the point I couldn’t tell you if I’m hearing a piano or guitar. The vocals are equally poorly mixed, coming through as too clear and not fitting with the music. The track never really finds its feel, and its awkward throughout its short two minute runtime.

Luckily, the project is saved by the similar, but much better, “Dead Inside (Interlude.)” Again the instrumentation and vocals are overly distorted, almost as if the entire song was recorded on an iphone, but the piano plays most of its melody on the higher end, which cuts through well, and though the vocals are almost incoherent, its the emotion behind it that matters. The song is barely a minute long, and sounds almost like an after though from its predecessor, but it effectively saves the record. “Dead Inside” is one of the few times where it seems like X is being completely honest and vulnerable with us.

“Fuck Love” follows, featuring a vocal hook from underground vocalist Trippie Redd, providing a valuable break from X’s emotional vocal style. Redd’s hook is far more straight forward and less tortured, which gives a very effective respite from the emo stylings that threaten to bog the project down at times. 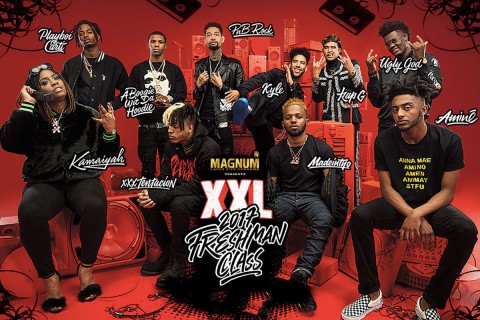 With “Orlando” and “Ayala (Outro)” we hear what amounts to an ending for this story. Tentacion rap/sings about his feelings of isolation and sadness, all over low-key instrumentals that force an audience to listen, as they provide little highlights to hold us in.

Upon finishing this record, my feelings are as mixed as the were going in. On the one hand, I’ll give XXXTentacion credit, as this record is anything but pandering. It would’ve been all too easy for him to make an angry record which would be a mild commercial success and probably silence most of his critics who pan him as inaccessible. Instead, he went with a deeply personal album that, aside from the opening explanation, doesn’t seem to care what a listener thinks, or even if anyone listens at all. He never goes for sick instrumentals that will draw listeners in even if they don’t care about his lyrics. He doesn’t even allow himself to sit in one single genre long enough to gain popularity by connection. It’s incredibly clear that X made this record for X, and that comes with its own benefits and downfalls.

Above all, I wish the record had been longer. The entire project totals at 21 minutes and I’m surprised it lasted that long. Many of these ideas felt like they could’ve made better songs, but instead they come across as unfinished demo’s. I can’t help but feel that “17” would’ve made a much better EP. Combine a few acoustic tracks, combine a few low-key raps, and combine the interlude and outro and we’re left with five excellent songs. But XXXTentacion moved 70k in the first week, so the LP is a clear commercial success.

“17” isn’t a record for the beginner, or even the casual fan. For X’s devoted fanbase, though, it provides an excellent and much desired peak into the psyche of the troubled young teen, who, above all, values honesty in his music. The production is week at times, and the lyricism ranges anywhere from bold and impressive to pretentious and whiny. I did enjoy this record in places, though, and where it shines, its bright! There’s a lot of promise here. I only hope that the follow up finds X in a bit better mental state, and ready to deliver a more consistent LP that will thrill from start to finish.