Here’s the first of hopefully many pieces in my “Why it matters,” series, “Why Tool Matters.” 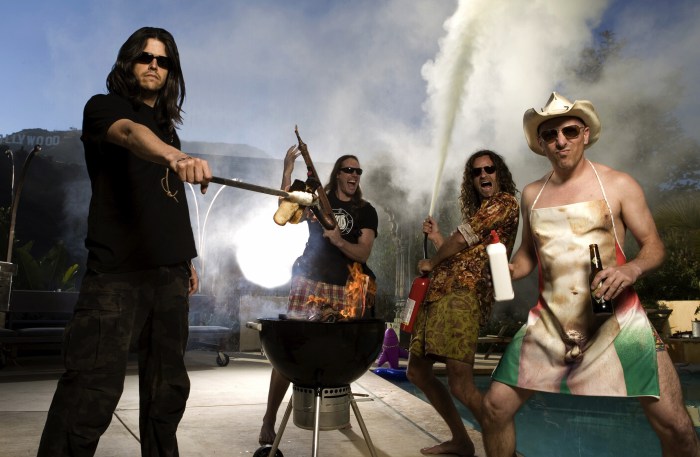 Tool is an alt-rock/prog-metal four piece who rose to popularity in the early 1990’s thanks to their unique sound, bizarre live performances, and a fantastic demo EP called 72826 which came out in 1991. At this time, there sound was heavy, often droning, and far more melodic than the majority of the underground metal in the early nineties.

Fast forward almost three decades and the group is currently on a small stadium tour, from which they took a break to headline one of the biggest rock festivals in the world at 2018’s Rock on the Range. They’ve released only four studio albums, the last of which is more than a decade old at this point, but they’ve amassed an incredible cult following, most of whom are clamoring for the new LP which is supposedly coming this year, and they are generally considered one of the great, all-time rock bands. For an outsider, however, this question must arise: why? Why are fans willing to wait more than ten years for a new album, willing to spend large sums of money for physical copies of their records, willing to sell out stadiums for a band with only four LP’s in thirty years. As one of those fans, allow me to tell you just why Tool matters.

The first, and most obvious answer to this question is just this: they’re good. Really, really good. Their tracks switch tempos and time signatures multiple times, often between single measures, on top of a general concentration on extremely difficult instrumentation and vocal work. Danny Carey is one of the greatest rock drummers in history without question, Justin Chancellor consistently crafts some of the best bass lines in the business, Adam Jones has an ability to choose his openings well, and his ear for melody is second to none, and Maynard is, well, Maynard. Maybe he’s another good place to start.

Maynard James Keenan is certainly a modern renaissance man, but his first and foremost claim to fame is as the lead singer for Tool. His vocal, in contrast to the raspy screams of most nineties metal, is often droning and almost etherial. He has an ear for vocal melodies which is genuinely one of the most unique in music history, and his lyricism is second to none in the genre. Topics of religion, death, aliens, psychedelics, personal growth, and human evolution are just a few of his favorites, and the saga of tracks dealing with his mother, her sickness, her devout religiosity in the face of torment, and her eventual death is one of the best recurring themes in modern music, as it plays out across not only Tool, but his other two bands: Puscifer and A Perfect Circle as well.

The band’s mythos doesn’t end with their music, but extends into their public personas as well, or lack there of. While each member is, by all accounts, quite kind and appreciative of their fans, (Yes, even Maynard) they make no qualms about their preference for seclusion and distaste for fame. Maynard spends his time running his own vineyard in Arizona, while Danny and Justin do some work with far less infamous side projects, and Adam seemingly just hides in a hole somewhere until its time to record again. The group rarely, if ever, gives interviews, their social media accounts are nearly empty, save short posts informing fans of upcoming performances and teasing a release of the new album, and even the screens at their live performances don’t show their faces, but only prerecorded segments of music videos. While we’re on the topic, lets talk about those live shows.

Seeing Tool live is unlike any other concert, and it’s certainly the quickest way to turn an outsider into a diehard fan. Their music feels almost primal when played live, and the actual performance is quite unique. First of all, Maynard’s hermit tendencies come into play as he sings from a platform in the back of the stage, as apposed to the front, which is split by Adam and Justin. As I said, the screens don’t show the faces of the band members as they play, but instead, they project images from the groups famously dark and disturbing, claymation music videos, which are made by Adam Jones, himself. With songs as difficult as Tool’s, they still find a way to sound absolutely fantastic on stage; Adam’s guitar in particular is turned up loud enough to blow away a crowd with a single thump but, of course, he wields this with expert skill and concentration, as does every member of the group.

Even the packaging on their albums is artistic, forgoing the traditional band picture and comic lettering, and creating several iconic images with no album or band name, mostly using forms of primitive psychedelia. They even attached glasses to their last album, which turned the booklet into three dimensional images.

If you’re seeing a theme here, its intentional. The members of Tool don’t like to show their face, or even promote the band’s name when its not necessary. In fact, they’d probably rather you didn’t even know their individual names. Why? A more cynical mind might infer some kind of conceit, but I think the answer is actually far more honorable. As far as Tool is concerned, they don’t matter. What matters is the music, the videos, the performance, the packaging. What matters is the art.

Their discography speaks for itself. 1993’s Undertow is heavy and defiant, ’96’s Aenima is nothing short of a rock masterpiece, perfectly toeing the line between prog and hard rock, 2001’s Lateralus is conceptual, creative, and melodic, and 2006’s 10,000 Days is emotional, longwinded, and beautifully written and performed. Tool matters because in an era, a genre, and an industry which focuses on vanity and personality, Tool focuses on the art and only that.

They’re especially important now, with the rise of social media and celebrity culture, because Tool doesn’t advertise to you. Their music isn’t even available except via physical copy, because Tool’s music isn’t about selling, or promoting. It’s music for the sake of music, art for the sake of art, and that kind of dedication to a concept is nothing if not refreshing, and desperately needed in our modern music industry.