Every award show makes mistakes, some more than others! Here are some of my thoughts on the winners at this year’s VMAs.

Video of the Year

Should’ve Won: This is America by Childish Gambino

This decision isn’t quite as unforgivable as it may seem at first. Havannah sports some genuinely impressive ideas, creatively, and the performances, apart from LeLe Pons’ atrocious work, are quite fun and impressive. This is America, however, is a beautiful example of what a music video can be. Childish Gambino crafted a hell-scape which is eerily similar to the world we all live in, hiding it just inches beneath the surface of the same fun dances and symbolism which had been used to take the edges off of such suffering for hundreds of years. There are layers upon layers, and every repeat viewing shows something completely new. It is a genuine shame that the one show which makes a point to honor the world of music videos didn’t take the opportunity to reward one of the music videos in recent memory.

Artist of the Year

This one cuts a bit deeper than Cabello’s video win. Of course the list of nominees is a laughable attempt in the first place, but of the pool, perhaps only Drake would’ve been a worse choice. Post Malone’s Beerbongs & Bentleys, on the other hand, has dethroned the likes of The Beatles and Michael Jackson en route to setting a multitude of records and achieving unprecedented commercial success. Beyond all of that, it’s an extremely impressive record on which nearly every song is fantastic. Yet another missed opportunity from MTV. 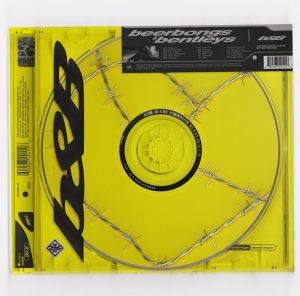 Here, the internet made the right call. Post Malone’s groundbreaking new record was certainly boosted quite a bit in the sales department by the tremendous success of it’s lead single. While “Rockstar,” may not even be the highlight of the project, it definitely deserves a little recognition. From Post’s catchy chorus, to the dreamy beat, to the shockingly competent verse from 21 Savage, this track sucks listeners in for a very enjoyable experience.

Again, a good call on this one. Cardi’s major label debut this year was not only a commercial smash, but critically impressive as well. Her New York flow meshed really well with the heavy trap. Influences she was working with, and her unbridled attitude immediately placed her as a much needed female voice in the ever-growing landscape of rap music. The vast majority of the album’s hefty feature list goes off without a hitch, and Cardi’s lyricism along with her impressive pre-label work would seem to suggest that she has quite a bit of longevity in her upcoming career.