The Purple Album is rarely unbearable, and often somewhat listenable, but it is, first and foremost, a disappointment. 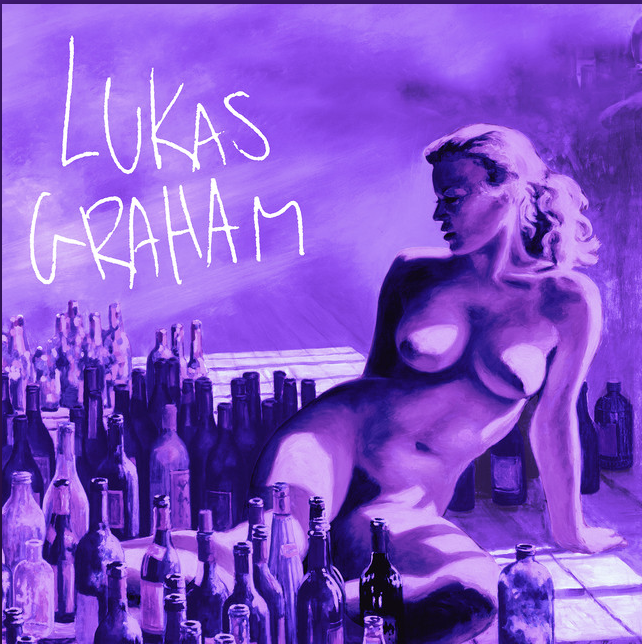 Lukas Graham is a pop/soul vocalist from Copenhagen. He catapulted into the American music scene in 2015 with the release of his breakout single, “7 Years.” This track hit number two on the US Billboard and currently sits at five times platinum according to the RIAA. Lukas rode this success to the relatively successful release of of his second LP, The Blue Album, which peaked at number three on the US charts and gained a gold certification.

Graham’s sound, particularly as it was showcased on “7 Years,” was both unique and refreshing. His soulful performance, thoughtful lyrics, and minimal instrumentation broke virtually every rule for writing a summer pop hit, and yet succeeded massively. His large and seemingly effortless range, coupled with his clear hip-hop and R&B influences made him one of the most intriguing artists in the indy/pop scene, a status which didn’t fade with his LP. Unfortunately, The Purple Album sees Graham teaming with Warner Bros. record and flushing much of his unique sound down the drain.

The vocal performances on this record are fairly impressive. Tracks like the opener, “Not a Damn Thing,” or “Promise,” find Lukas dancing around the upper reaches of his range with control and an excellent control. Even his lower register sounds fairly impressive on tracks like “Stick Around.” This album, as a whole, is a beast for any vocalist, featuring virtually no instrumental leads, and counting on Graham to carry every track, which he is, for the most part, able to do.

Lyrically, this album is a mixed bag, though not without it’s highlights. “Everything That Isn’t Me,” is an interesting look at Graham’s shortcomings throughout his life, told in a series of apologies to those in life that he’s let down. “Say Yes,” my favorite track on the album, tells the tale of a man watching his wife walk down the aisle in the same church which held his father’s funeral. This juxtaposition provides a well written commentary on moving forward and finding happiness after loss.

It’s in this same department, however, where I find my first major complaint. Virtually every track aside from the two I mentioned, are dripping in platitudes, repetitive topics, and few meaningless statements about love for good measure. “Love Someone,” for example, could’ve been written by a computer, and “You’re Not the Only One,” has an interesting message on the need for new artists like Bob Marley and other great, feel-good artists from the past, but it’s delivered with tactless, boring lyrics that rarely match the song’s original premise in creativity.

The instrumentation is another quality of this record which varies across the relatively short run-time. There are tracks like “Unhappy,” which builds from a minimalistic, drum-heavy track effectively, or “Hold My Hand,” which benefits from the a more nocturnal beat and an organ with a lot of character. However, they are balanced on the other end by tracks like “Stick Around,” which is the musical equivalent of vanilla ice cream, and “Lullaby,” which features one of Graham’s best performances, vocally and lyrically, butchered by strange instrumental choices, decorating the chorus with a boring piano and the choruses with a terribly mixed string section which never appears again on the project.

All of these issues are magnified tenfold by poor production. For some artists, signing to a major label deal improves the quality of their work and feels like a talented, indy voice finally being given the support they deserve. For others, it sucks the life and uniqueness from them, leaving a radio-ready but uninteresting final project. Lukas Graham falls firmly in the latter category. Overused trap drums, strange and random instrumentation, thin mixing, and a multitude of other problems plague this already flawed project, dealing quite a bit of damage to the final release.

Lukas Graham showed a lot of promise with his breakout single in 2015, but three years and a Warner Bros. signing later, we’re given a bland pop record. The signs of life aren’t gone from the young artist, but they’re buried under weak lyricism, poor production, and boring instrumentation.

The Purple Album is rarely unbearable, and often somewhat listenable, but it is, first and foremost, a disappointment.

One thought on “Lukas Graham Disappoints With Major Label Debut”