Future’s clear desire to grow artistically has bottomed out in trap music’s lack of depth and his own lack of ingenuity to leave us an album of nothing but style over substance. 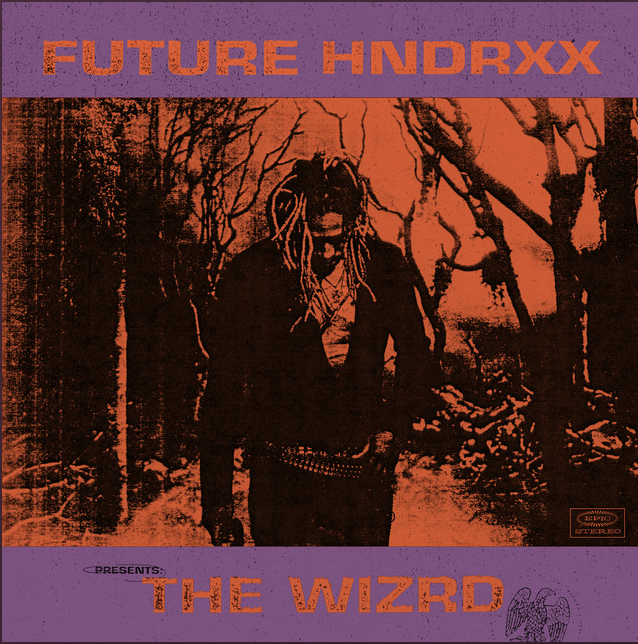 Future is an Atlanta based rapper/producer. He was extremely influential in the commercial success of trap music, with his 2012 debut Pluto and 2014’s Honest going gold, establishing Future as a top player in the rap world. This was confirmed in 2015 with his solo LP DS2 going double platinum while What a Time to Be Alive, his collaboration with Drake, went platinum as well. Since 2015, he’s released three more records, each of which reached number one and sold over a million copies.

Future’s sound is extremely controversial as he is often credited as a precursor to mumble rap. His heavy use of autotune, bass-centric beats, and constant use of triplet based flows are all imitated so often in the modern rap scene that his influence simply can’t be ignored. That being said, he’s also criticized quite often for meaningless lyrics, repetitive tracks, and an inability to evolve with the genre. On recent releases, Future has adopted the nickname of “Hndrxx,” a moniker which seems to be aimed at rebranding toward a more artistic vision. Unfortunately, those releases also showed very little growth from the sound he came up on. Now, early in 2019, Future treats us to an hour long seventh LP entitled WIZRD.

In the interest of fairness, let’s start with the good, scarce as it may be. The production, which I will complain about later, was at least quite smooth and competent with a few shining moments. “Promise U That,” features an interesting chorus of voices which, in stereo, surround the listener for a nice effect. And tracks like “Servin Killa Kam,” and “First Off,” use glossy, bass-heavy beats that fit the tone of the record well. Tracks like “Call the Coroner,” and “F&N,” also feature fun intros and transitions.

Additionally, the lack of a true chorus on tracks like the opener, “Never Stop,” make Future’s admittedly repetitive flow sound quite a bit more intense. Unfortunately, we’re now left to turn to the issues on this album and they are plentiful.

First and foremost, Future is one of the least dynamic rappers in the game today. Whether the track is intense and upbeat like “Jumpin’ on a Jet,” and “Goin Dummi,” or more melodic like “Ain’t Comin Back,” and “Crushed Up,” his flow is virtually identical, despite the fact that it somehow doesn’t work with either sound. The abusive use of autotune gives his voice a tinny quality that makes his weak flows even more unbearable and leaves me wondering how he ever reached this level of popularity.

Lyrically, the record is about as uninteresting as one would expect. While tracks like “Rocket Ship,” and “Temptation,” are packed to the brim with noticeably cringe-worthy lines, it’s tracks like “Stick to the Models” and “Face Shot,” that are perhaps more frustrating as not a single word is memorable or interesting. Everything is just thrown away and could’ve been written in five minutes.

Above all this, though, the album has a single fatal flaw which simply can’t be overlooked. Namely, every single beat sounds identical to the one before and after it. Tracks like “Overdose,” “Krazy but True,” and the closer, “Tricks on Me,” feel like nothing more than wallpaper because there isn’t a single moment where a track sounds unique or interesting. It’s so repetitive that the rather weak breakdown on “Baptiize,” feels like a much needed release. Even the features on “Unicorn Purp,” are buried under the lack of variety, which is made worse by the push given to the bass and snares so that any changes that are made feel slight and unimportant.

In the end, WIZRD will likely find major success, as have Future’s earlier endeavors, but it seems to be yet another indicting piece of evidence that trap music has passed its prime.

Future’s clear desire to grow artistically has bottomed out in trap music’s lack of depth and his own lack of ingenuity to leave us an album of nothing but style over substance.