Jermaine Cole is, undoubtedly, one of the best artists of the day. However, his work is still ahead of him when it comes to carving his niche amongst names like Biggie, 2Pac, Jay Z, Eminem, Andre 3000, and more. 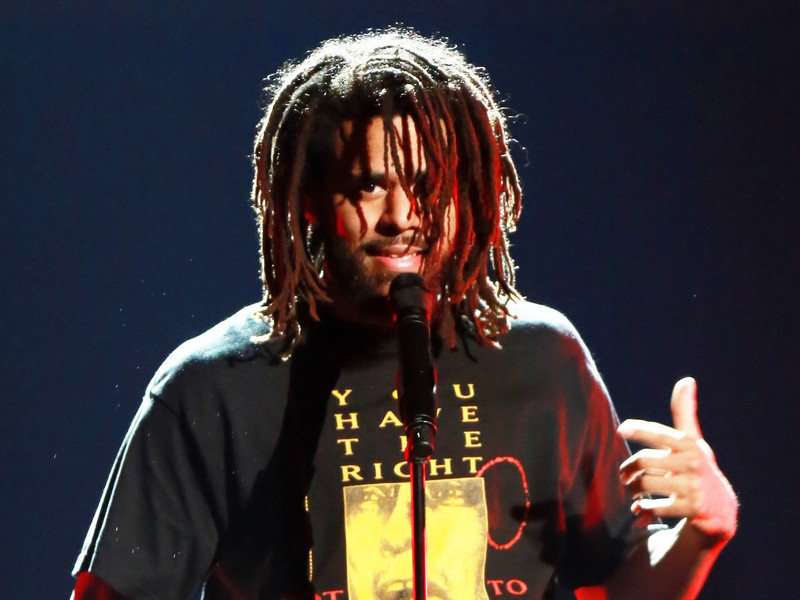 Yesterday, J. Cole set twitter and the music world ablaze with the release of his first single of 2019, “Middle Child.” Over a bass-heavy beat and between catchy hooks, Cole unloaded on a few topics, focusing mainly on his position in today’s hip-hop scene. While the entire track was extremely well written, the following verse in particular seems to have set off an all too familiar conversation across the hip-hop community:

“To the OGs, I’m thankin’ you now, was watchin’ you when you was pavin’ the ground. I copied your cadence, I mirrored your style. I studied the greats, I’m the greatest right now.” The question we’re left to ponder, of course, is simple. Is he right? Is J. Cole the top talent in the industry in 2019? He’s certainly attempted to lay claim to the title more than a few times over the years, but having just put his fifth platinum album under his belt with 2018’s KOD, the question seems increasingly persistent.

Firstly, it’s worth looking at Cole’s case. As I mentioned, 2018 saw the release of his fifth consecutive platinum album, which is no small feat. Only 10 artists in rap history have more than five platinum albums in a row and, of the ten, only Kanye West could still be considered at his peak. Additionally, though it’s become something of a meme in recent years, J. Cole’s last three albums have accomplished their certifications without a single feature.

On top of sales, he’s shown a remarkable amount of talent over his main run. Each of his verses is well crafted and his flow is slowly becoming iconic. Not only have his albums been impressive, but his non-album singles have been even better. “High for Hours,” is one of the best hip-hop tracks of the decade, “Everybody Dies,” was a perfect response to the rise of the soundcloud/mumble rap in recent years, and “False Prophets,” was a measured and thoughtful response to the outrages actions of Kanye West. It’s in these responses and commentary where we find him at his best. While his albums can often fall short, J. Cole drops better singles than anyone in the game.

He definitely has a strong case and it just keeps getting stronger with tracks like “Middle Child,” but on the other hand, the rap game is in an impressive place right now. When it comes to lyrical ability, artists like Aesop Rock and Open Mike Eagle are doing fantastic work, and of course, legends like MF Doom, Jay Z, and Killer Mike are still creating some of their best music, but Cole still stands unique among these artists in many respects certainly above them in notoriety. Unfortunately for Jermaine, there is still one artist who exceeds him in nearly every aspect, and that man is Kendrick Lamar.

Kendrick’s major label run at Top Dawg covers Good Kid M.A.A.D. City, one of the best breakout albums of all time, To Pimp A Butterfly, arguably one of, if not the best album in hip-hop history, and DAMN. which was one of the best albums of 2017. Of course the question is subjective, but for my money, Kendrick Lamar has long surpassed any artist in today’s scene and begun jockeying for position among the all-time greats.

Where Cole writes excellent verses and singles, Kendrick puts together full albums of breathtaking scale and sound, each wildly different than the one before. Where Cole’s flow is recognizable and strong, Kendrick plays multiple characters, each with unique flows, tones, and lyrical tendencies, characters which develop across his discography to act as metaphorical stand ins for a multitude of larger ideas. Where Jermaine is beginning to settle into his sonic identity, Kendrick’s instrumentals vary wildly in each record from a masterclass in West Coast boom-bap to a jazz epic helmed by Kamasi Washington to some of the best trap beats in the genre.

Coming into 2019, we’re all enjoying a fantastic era of rap music which will continue to draw comparisons to the golden age of the 1990’s and Jermaine Cole is, undoubtedly, one of the best artists of the day. However, his work is still ahead of him when it comes to carving his niche amongst names like Biggie, 2Pac, Jay Z, Eminem, Andre 3000, and more. On the other hand, Kendrick Lamar continues to be one of the best artists in the entire modern music industry with one album after another telling remarkable stories with unparalleled lyricism and he is, without a doubt, the best rapper in the game today.