In a few simple lyrics and one magnificent performance, the track tells the story of endless struggle struggle, of boundless pain, and ultimately of resilience. It is everything music can be and should be, all in three minutes. 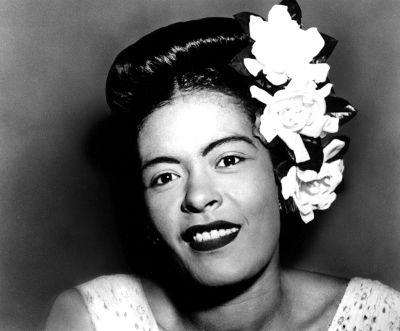 To ask the question of the greatest song of all time will often leave many music fans scoffing and claiming the question to be unanswerable. To some extent, they’re right. This question, as with anything else in music, does come down to personal opinion, and though there is some understanding that one’s choice aught to be historically important and maybe even performed by fairly well known artist, there’s no agreement as to what balance should be struck between cultural significance and sonic quality, let alone what role one’s personal taste may play into the decision. All of this being said, I have come to the position that one song in particular is uniquely poised to be chosen. I’m speaking of Billie Holiday’s 1939 masterpiece, “Strange Fruit.”

It’s difficult to know where to begin on this track, but we’ll start with an understanding of the pedigree involved with the song’s recording. The Cafe Society Band handles the brunt of the instrumental load. They’re one of the most revered African American jazz bands of the era, accompanying the likes of Nat King Cole and Miles Davis, along with many more. Their main gig came as the house band for the Cafe Society, which was known for political cabaret performances and for being the first integrated nightclub in New York.

Of course, the real star is Billie Holliday, who likely needs no introduction, but will receive one nonetheless. She has six singles and two albums inducted into the Grammy Hall of Fame, in addition to 23 Grammy Awards, all given after her tragic death in 1959. She had a horribly difficult upbringing in 1920’s Philadelphia, including surviving an attempted rape at the age of 11 and losing her father to a treatable lung disorder for which he was refused care on the grounds of his skin color just a few years later. In spite of this, she went on to release some of the most popular and influential music in the entire history of Jazz music, sell out Carnegie Hall in the 1948, and is now regarded as one of the greatest vocalists in American history. And she simply has no better performance than that which she gave on “Strange Fruit.”

On the song, Holiday’s command of silence and subtlety is simply breathtaking. The emotion conveyed in her twisting, spinning vocal mannerisms is absolutely haunting, and when she uses the full extent of her vocal power, there is no listener in the world who wouldn’t feel a chill striking directly to the bone. Buried in the many facets of her voice is the howling cry of an oppressed people that simply can’t be ignored. Unimaginable anger, unfathomable anguish, and unbreakable resolve all ring through her voice. This is to say nothing of the lyrics.

Taken from a poem written by American songwriter and poet Abel Meeropol who used the pseudonym of Lewis Allan at the time for fear of anti-semitic bigotry, the lyrics focus on lynching in the American South. He was inspired by the infamous and horrendous photo of two men, Thomas Shipp and Abram Smith, being lynched in front of an excited crowd in Marion, Indiana in 1930. It isn’t only the topic of the lyrics but the fearless way in which the lyrics describe the “Strange Fruit,” as “black bodies, swaying in the summer breeze.” They go on to speak to the state of the decaying bodies much like rotting fruit, touching on smells and horrific imagery. It is, genuinely, one of the most powerful pieces of writing put to paper and there are very few ways to describe the sense of horror and disgust it inspires without simply reading the lyrics, which I must insist that anyone reading this piece do, immediately.

Most important of all, however, is the history surrounding the song and Holiday’s performance of it. While reports vary on how she came across the song itself, she debuted it at the Cafe Society in 1939, which was, as previously mentioned, New York’s first integrated night club. The song quickly became a regular for her along with rules for it’s performance. She would close with it, the waiters would stop all service in advance, and the room would be completely dark, except for a spotlight on Holiday’s face. There would be no encore. During the musical introduction, Holiday stood with her eyes closed, both praying and preparing herself for the performance.

She had extreme difficulty getting the track recorded as her label, Columbia, denied her, fearing repercussions from record retailers in the South. She also faced great fear of retaliation for even performing the song, though she chose to keep performing it as the imagery reminded her of her father and his unfair treatment from the medical community. Holiday went to her friend, Milt Gabler, who owned an alternative Jazz label called Commodore. She performed the piece a cappella and moved him to tears, convincing him to record the track with the help of the Cafe Society band and pianist, Sonny White. Holiday’s recording of the track eventually sold one million copies upon release, which was extremely rare for the time. It would be a large hit for Holiday throughout her career and was named as the “Best Song of the Century,” by Times Magazine in 1999.

All this being said, strip away sales, political importance, and historical pertinence, and “Strange Fruit,” is still the greatest song of all time. It is the most harrowing cry of pain ever put to record.

In a few simple lyrics and one magnificent performance, the track tells the story of endless struggle, of boundless pain, and ultimately of resilience. It is everything music can be and should be, all in three minutes.