While The Sun Will Come Up, The Seasons Will Change may suffer from quite a few noticeable defects, it’s a fun listen that hints toward the possibility of an impressive catalog to come. 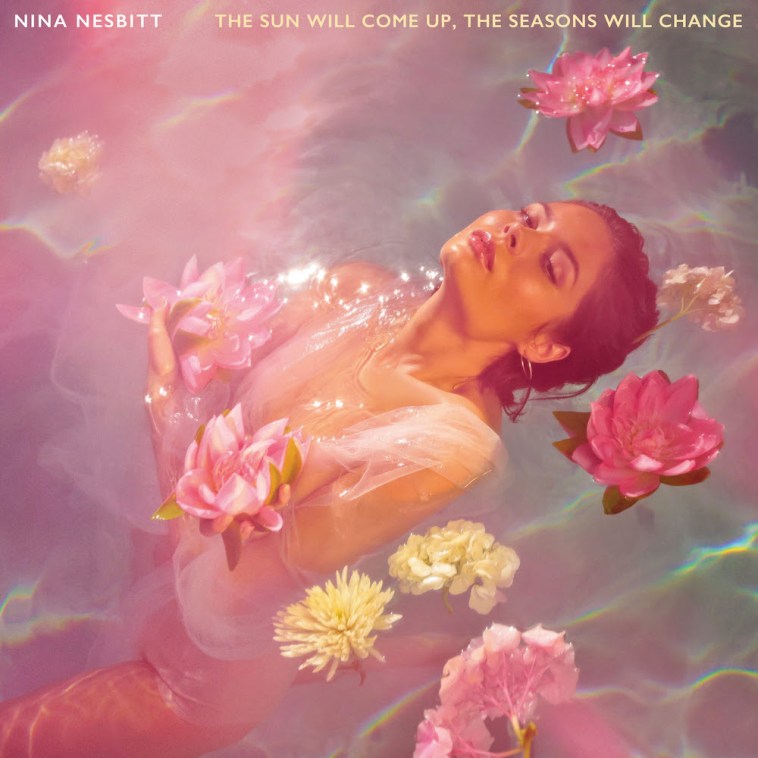 Nina Nesbitt is a pop singer/songwriter from Livingston, Scotland. She first found fame opening for Ed Sheeran on the European leg of his 2012 world tour. She signed with Universal Records and dropped five EP’s from 2011 to 2013, gaining substantial notoriety and a strong following, particularly back home in Scotland. Her first full length LP, Peroxide released in early 2014 and though it found some success charting at number 11 worldwide and number one in Scotland, it was met with middling to negative reception by critics. While Nesbitt’s lyricism and voice was impressive, any promise seemed to drown in a pool of trendy folk-pop instrumentation and melody. Her subsequent EP releases received similarly mixed reviews until she left Universal and signed with Cooked Vinyl, an indie outfit from London, in 2016.

While her early sound was, admittedly, a bit immature, especially in the prominence of her Sheeran and Swift influences, there was still a bit of promise. She wrote with an interestingly sardonic sense of humor and had a skill for witty turn of phrase, which played well over her acoustic guitar heavy style. With The Sun Will Come Up, The Seasons Will Change, however, she has wholly revolutionized her sound for the better.

Much of her best qualities are still here, including her voice. Tracks like the opener, “Sacred,” and “Chloe,” are made infinitely better by Nesbitt’s excellent vocal talents. Even on a few of the weaker tracks in the runtime, her voice is able to act as a shining center point thanks to a soft and controlled falsetto combined with a powerful lower register. This is a difficult album to front, and Nina handles the burden extremely well.

She also has an incredible ear for melody. The choruses on tracks like “The Best You Had,” and my personal favorite track, “Things I Say When You Sleep,” are undeniable ear-worms that listeners will be singing for days to come. It’s a rare skill to have, but it’s one which Nesbitt uses to her advantage across the entire project.

Her ear isn’t just well tuned melodically, however, but also rhythmically. Her flow on “The Moments I’m Missing,” and “Colder,” fits perfectly, and is rare to hear in the pop world today. Thanks to this, she’s able to keep her audience entertained through her verses as well as her choruses, creating a fully enthralling track when it works well.

The album is at it’s best when all these elements combine on top of the its greatest strength of creative and unique instrumentals. From the soft piano and atmospheric accents on “Is It Really Me You’re Missing?” to the intriguing latin guitar on “Love Letter,” when the beats work, they work. Even the old school, almost Abdul-esque track on “Loyal To Me,” is extremely enjoyable thanks to a few creative touches. Virtually every track is accented with a few subtle and unique sounds that add quite a bit to the songs themselves.

Unfortunately, the instrumentation is also a source of annoyance at times. Tracks like “Somebody Special,” and “Last December,” are all but butchered by abusing the acoustic guitar as a lead, calling back to the cheesy, folk-pop of her early career.

Additionally, the production has a few persistent issues. From beats that don’t seem to fully develop like the weakest track on the track list, “Empire,” to the near constant use of trap drums which takes some life out of nearly every track, especially the closer and title track.

Worst of all, Nina’s vocal is constantly EQ’d extremely poorly, pushing the high end to the point of an irritating hissing noise accompanying much of her performance. It’s a testament to her talent that she still sounds quite impressive despite this, but never really goes away and actually becomes quite noticeable and annoying at a few points on the album.

Regardless of shortcomings, however, The Sun Will Come Up, The Seasons Will Change is a massive step forward for Nina Nesbitt. Having left Universal for a smaller, indie label, it seems she’s finally being given the freedom to step out from the pop-folk shadow and take part in the wild and exciting world of modern pop music.

While The Sun Will Come Up, The Seasons Will Change may suffer from quite a few noticeable defects, it’s a fun listen that hints toward the possibility of an impressive catalog to come.