May God have mercy on our souls. 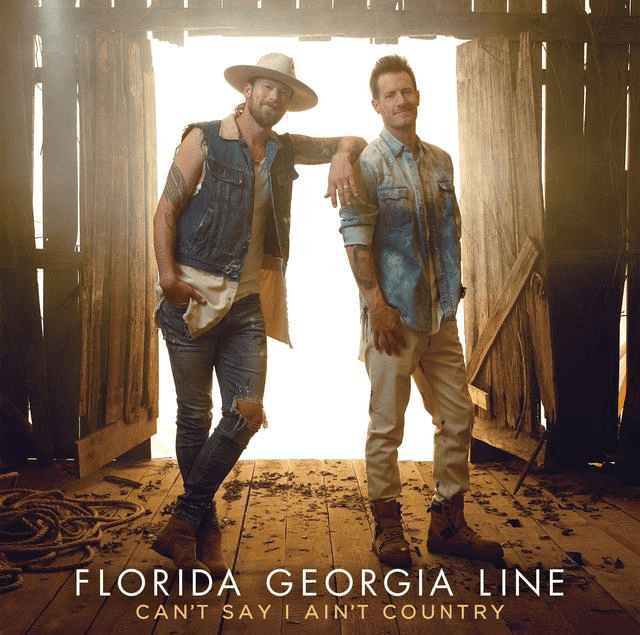 Florida Georgia Line is a Pop/Country duo from Nashville, Tennessee. They debuted on Republic Records in 2012 with Here’s to the Good Times. The double platinum LP attempted to meld elements of radio and stadium country with a few very basic qualities of rap and hip-hop. This came to head on the album’s diamond single, “Cruise,” which officially became the most most successful country single in music history. From here, they would release two more studio records-Anything Goes in 2014 and Dig Your Roots in 2016-each going platinum.

Despite what their success may imply, FGL is a bit of a polarizing act in the country music scene. The success which artists like Chris Stapleton and Jason Isbell have found by calling back to a simpler, more raw form of country music has created something of a backlash against the bulk of modern country. A growing movement of purists and critics criticize the duo, and many others like them, for their abandonment of more traditionally country qualities. Instead, the modern country movement, often referred to as “stadium country,” focuses on more relatable topics of drinking and women, while incorporating elements of other popular genres in an attempt to gain crossover popularity. With their self-titled EP in 2018, I thought they’d hit rock bottom, but after hearing Can’t Say I Ain’t Country, it appears they brought a shovel.

The most noticeable new addition to the FGL tool box on this LP is the several skits, including the “Tyler Got Him a Tesla” skit which opens the album. Each of these is not only remarkably unfunny and out of place on this album, but they leave me bewildered as to why they’re even here. As best I can tell, the character of Brother Jervel seems to be an egregiously stereotypical redneck and these extended phone messages are meant to remind us all that the duo hasn’t lost their roots. Instead, they’ve made four painfully uninteresting, 50 second clips that are somehow still the best part of the record.

Another blatant weak spot comes in the melodies of nearly every track. At some points, like the closer, “Blessings,” for example, the melody is so scatterbrained and unorganized that listeners find themselves increasingly lost as it goes along. On the other hand, tracks like “Simple,” or “Colorado,” are somehow simultaneously catchy and unlistenable. In a nearly 50 minute runtime, there is not one single interesting melody to be found.

Of course, we simply have to discuss the features on this album. Jason Derulo is so out of place on “Women,” that I simply can’t believe that he was ever even in the studio with either member of FGL, but instead recorded his part with one take from his home and sent it in. HARDY’s verse on the atrociously titled “Y’all Boys,” is absolutely impossible to differentiate from the vocals we’ve heard from the central duo. Jason Aldean all but takes over “Can’t Hide Red,” and somehow it’s just as bad as the rest of the album.

This horrid set of features still acts as a merciful rest from the all out assault on the eardrums that is FGL’s lead vocals. On songs like “People Are Different,” “Told You,” and “Sittin’ Pretty,” as well as the entirety of their catalog, these two men seem to be locked in a constant battle to make the least pleasing noise that has ever oozed from a human mouth. The mix of country twang, nasal belting, and inability to correctly pronounce words, all drenched in pitch correction creates a Frankenstein’s Monster of sound that can only be called genuinely horrifying.

Shockingly, we’ve barely scratched the surface here. The production on this album just can’t be ignored. This is especially in terms of production as I’ve never, in my life, heard a drum kit that is mixed worse than the one that poisons nearly all of these tracks. The cymbals on a track like “Talk You Out of It,” are nothing but pure static. I’ve never heard this before, especially from a major label, but they just use static as a cymbal. Additionally, a track like “Small Town,” utilizes the trap drumming which I’ve previously complained about on past FGL efforts, but that I admittedly found almost relieving compared to the unlistenable attempt at organic drumming we’re given on Can’t Say I Ain’t Country.

Finally, we have to talk lyrics. The title track, “Speed of Love,” and “Y’all Boys,” should honestly be given sections of the country music hall of fame as, officially, the worst lyrics ever put to paper. The amount of talent it takes to base a song around such horrible central ideas and yet somehow underperform even those ideas is truly awe-inspiring, and to think nearly every track on the album had at least three writers.

There is one more group that I’ll mention before wrapping up. “Like You Never Had It,” and “Swerve,” find themselves here, grouped together by the simple fact that they are so remarkably unlistenable, abhorrently ill-conceived, and just generally awful that my abilities as a music critic just fall short. There is no reason why these songs should exist and they can’t be described, only experienced.

In conclusion, Can’t Say I Ain’t Country has all but broken me as a music listener. It is lyrically, melodically, instrumentally, and technically vapid, leaving no room for enjoyment. All of these complaints are multiplied by the fact that FGL is and will likely remain one of the most successful country acts on the planet.

May God have mercy on our souls.