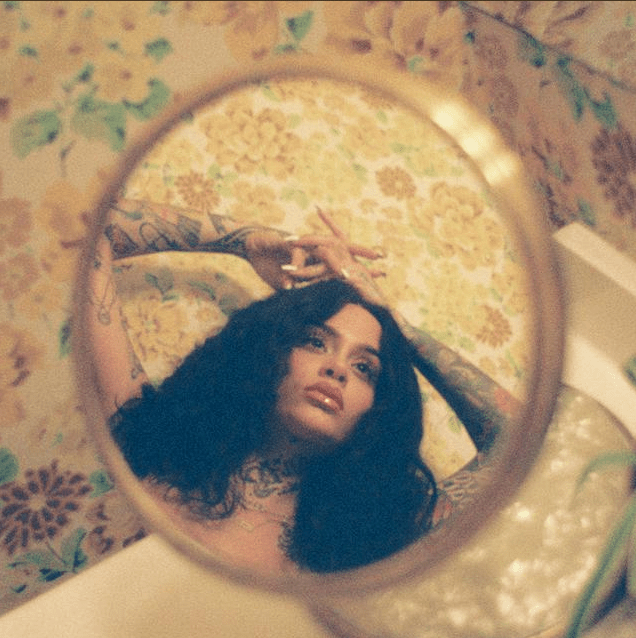 Kehlani is an R&B Singer/Songwriter from Oakland, California. She rose to popularity in  2014 with her debut mixtape, Cloud 19, which was followed quickly by 2015’s You Should Be Here. Both of these tapes were self-released, but the latter was able to catch on in the R&B sphere, peaking at 36 on the Billboard charts, five on the R&B specific chart, scoring a Grammy nomination for Best Urban Contemporary Album, and launching Kehlani as an exciting young voice in a genre with a new life. Later that year, she signed with Atlantic Records and began work on her first studio LP, SweetSexySavage. The record is certified gold and found its way onto multiple end of year lists. It established Kehlani as a major player in the modern R&B scene  and she would go on to headline a massive, world wide tour in 2017. Now, just two years later, she’s back with another record with Atlantic, While We Wait, and it’s quite impressive.

Maybe the most noticeable positive quality of this record is the excellent production and wide sound pallet on these instrumentals. The opener, “Footsteps,” uses natural atmospherics with a well placed vocoder effect and sharp percussion while the closer, “Love Language,” uses what sounds like a xylophone over trap drums to make a unique experience. Even a cut in the middle of the record like “Feels,” features some fascinating effects and organic instrumentation to pull a listener in before Kehlani has even started singing.

When she does sing, however, the real magic happens. Particularly on simpler tracks like “Too Deep,” or “Butterflies,” Kehlani’s vocal performances are absolutely fantastic. She has a confidence and a power that isn’t overwhelming in quieter sections but builds choruses to impressive heights. Her voice is tuned well on the production end, but there’s so much energy and attitude in her delivery that it’s all but impossible to ignore her.

The album also benefits from some great songwriting, especially in terms of vocal melodies. Take a song like “Nunya,” which has one of the best choruses I’ve heard in a very long time, or its equally singable followup, “Morning Glory.” The choruses are undeniable earworms that will find themselves stuck in listeners heads for quite some time. It’s an often ignored side of R&B music, but singable melodies are an important quality that takes a great record to the next level.

Unfortunately, the album does fall down in one key area, that being features. While 6LACK’s work on “RPG,” is surprisingly impressive, the rest of the supporting cast does nothing but drag the project down. Musiq Soulchild’s verse on the opener, “Footsteps,” is completely out of place and can’t hold a candle to Kehlani’s work on the rest of the cut. Dom Kennedy all but ruins “Nunya,” with a weak flow and boring lyrics and while Ty Dolla $ign’s contribution to “Nights Like This,” is relatively inoffensive, it’s also extremely short and unneccessary. This is sad because rap features are often a strong focal point for a great R&B album, but Kehlani’s own rapping on a track like “Love Language,”  is worlds better than anything these features have to offer.

All in all, this is a very fun record. It bounces from meaningful, emotional tracks to fun and singable cuts effortlessly and Kehlani is an absolute powerhouse across the entirety of the relatively short runtime. It’s a step up from her previous effort, and it leaves me excited for future releases.

While We Wait is an exciting collection of well made R&B that will have many listeners dancing on first listen.