I Also Want to Die in New Orleans is neither the most accessible, nor the most daring project thus far in 2019, but it certainly a welcome addition to the Sun Kil Moon catalogue. 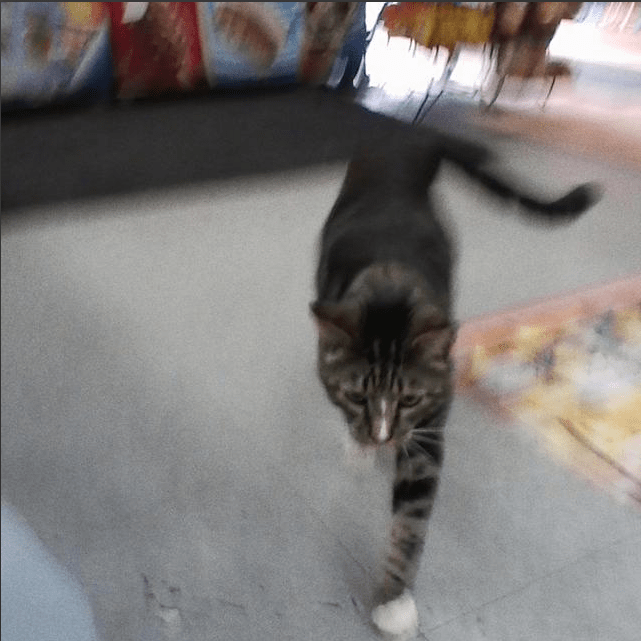 Sun Kil Moon is a folk rock artist from San Francisco, California. Originating as a continuation of the defunct indie rock band, Red House Painters and sporting a long list of past members, Sun Kil Moon is now the primary moniker of Mark Kozelek, the group’s original lead singer. He’s amassed quite a discography over the past fifteen years, never reaching meaningful commercial success, but becoming a certified critical darling thanks to multiple excellent reviews. His latest record, This is My Dinner, held a few interesting ideas, but was ultimately bloated and often boring.

The album opens with “Coyote,” and immediately we have a strong improvement from the previous record. The instrumentation is sparse and only loosely conforms to any type of rhythm, and it’s aided by a reedy, humming woodwind that brings the moody undertones to a head. Kozelek’s vocals are also fairly impressive, especially the doubled harmonies on what could vaguely be called a chorus. Lyrically, this isn’t the most impressive cut on the record, but there’s quite a bit of solid comedy and it’s certainly a step up from the at times unbearably boring writing on This is My Dinner.

“A Day in America,” follows, the second longest and easily one of the strongest tracks on the record. While the instrumental and production are relatively simple, the lyrics bring this song to a new level. Using his trademark, stream of consciousness style, Mark rambles descriptively through his experiences on the day he learned of the recent Parkland Massacre in Florida. True to form, he rarely stays on topic, devoting large amounts of time to a petty argument with his band, but this works to his advantage here as he says more by rambling off topic acting as a commentary on the tendency of American’s to brush these events aside. It’s a simply brilliant piece of storytelling.

“L-48,” is the third and shortest track, an yet, in many ways, it’s the least focussed. The lyrics seem to have very little to say, and while they may perk the ears of long time Sun Kil Moon fans, they leave a casual listener like myself a bit bored. The instrumental on the other hand, is quite fascinating. Extremely simplistic in presentation, the track presents a multitude of concise melodies with strong focus. The drumming peaks in and out, and the track often feels just one beat from completely falling apart, teetering on the edge of incoherence, and yet consistently intriguing. It doesn’t make up for the weaker lyrics, but it’s an enjoyable piece nonetheless.

“Cows,” on the other hand, returns the record to a fuller sound, largely to its detriment. The melody is much less clear on this track and the drumming is somewhat boring. Lyrically, however, “Cows,” proves impressively capable of holding a listeners attention for the substantial runtime. Using cows as an anchor point for both his rural youth and his philosophical readings, Mark gives us an interesting peak into his psyche and even smuggles in a few profound ideas.

“I’m Not Laughing at You,” kicks off the hefty second half of the LP. It benefits, musically, from the addition of a strong horn section and some excellently spacey production. This is also one of the more interesting storylines as Mark uses a tale of misunderstandings and embarrassing moments while on travels in foreign countries to examine America’s status among the rest of the world, mocking our excess and ignorance, while lauding the many great contributions the US has made, particularly in the realm of songwriting.

“Couch Potato,” is yet another strong entry and maybe the most fun cut on the tracklist. The looping guitar and energetic rock beat is reminiscent of a classic 1970’s pop-rock, but lyrically, it’s quite biting. In it, Sun Kil Moon lambasts the left leaning majority in the US for their silence and lack of concern for immigrants under previous presidents. He goes on to predict a reelection of Donald Trump, should the majority of voters continue to accept the status quo as it is.

“Bay of Kotor,” closes the album with a daunting 20 minutes all to itself, and it uses its time well. Easily the strongest track on the album, Sun Kil Moon tells a sprawling story of a rather tame but interesting night in San Francisco. He touches on his love for animals, his inability to connect with women who hit on him, and a series of unique interactions with a hotel waitress from the area.

All said, this is a large step up for Sun Kil Moon. The instrumentation has quite a bit of character and the lyrics, though at times meandering, are often fascinating and creative.

I Also Want to Die in New Orleans is neither the most accessible, nor the most daring project thus far in 2019, but it certainly a welcome addition to the Sun Kil Moon catalogue.