The Balance is a fun project full of great efforts that just can’t quite break the atmosphere of its own uninventive creation. 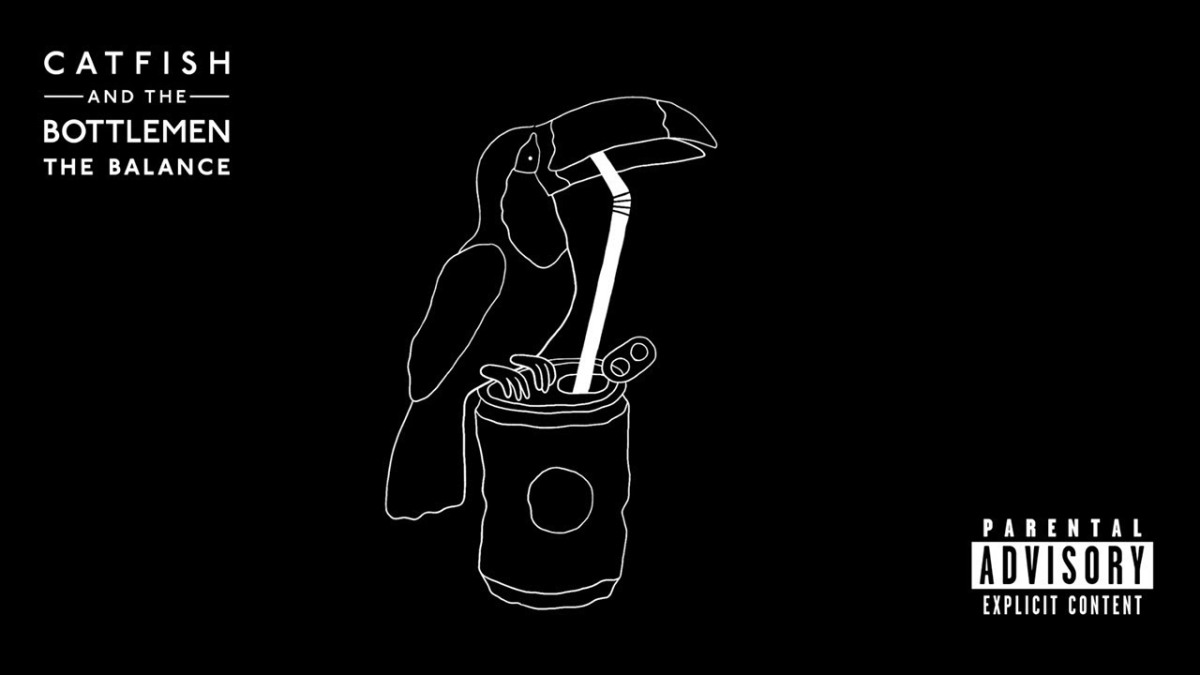 Catfish and the Bottlemen are an indie/alt-rock outfit from Wales. The debuted with 2014’s The Balcony which went platinum shortly after its release. Prior to their debut, the famously cut their teeth playing in the parking lot before larger bands’ gigs, and that experience very clearly informed much of their commanding sound. After the massive success, the launched two tours and dropped The Ride as a follow up LP in 2016, which went gold. The back to back strong releases netted the band a spot as an opener on Green Day’s Revolution Radio tour in 2017. In January of this year, Catfish and the Bottlemen released a new single and announced the release of their third studio record, The Balance. It’s finally here, and it’s mostly meets expectations.

One strong addition to The Balance that wasn’t nearly as prevalent on previous releases is a string of excellent bass lines. On tracks like “2all,” and “Basically,” Benji Blakeway is given the front seat, melodically speaking, for much of the runtime. His parts are well written and he performs confidently but, of course, the tone of the bass can’t be ignored. The thickness that Blakeway along with, presumably, the production team achieved is fantastic, and it brings another level to his work.

Additionally, Bob Hall’s drums are quite the asset. On a cut like “Fluctuate,” he finds a danceable rhythm and delivers it throughout, where as on “Mission,” his bombastic style guides the group extremely well through multiple timing and style changes. His style is nothing revolutionary in rock music and he rarely shows incredible speed or complex rhythms, but there’s something to be said for reliable simplicity, and that is delivered in spades.

Of course, this is a rock album, and so it’s nothing without the guitars. Luckily, Johnny Bond, the band’s newest member, holds this down quite well. Here, Catfish seems to have improved the most over previous efforts as they’ve found a consistent tone and style which works well with their sound. Tracks like “Sidetrack,” and “Coincide,” feature driving and catchy riffs that will remain in a listeners head for quite a while.

The album’s strongest points, however, are Van McCann’s vocal performances. From the opener, “Longshot,” to the closer, “Overlap,” and even cuts throughout the middle like “Encore,” McCann brings a confidence and punk energy which is, frankly, more that what he has any right to. His range is quite impressive and, thanks to a handful of grin-worthy one liners, he’s charming enough to carry the record through most of its rough points.

All this being said, I am left with a few complaints, one of which I’d expected before ever hearing The Balance and had hoped the band would be able to mitigate better than they did. Namely, this album can often be boring. It lacks and width whatsoever in its instrumental pallet, and each cut comes in somewhere around the three to four minute range and is built on nearly a identical structure. This can often ignored thanks to strong performances and a magnetic frontman, but on songs like “Conversation,” and “Intermission,” the veil of talent just can’t obscure the numbers by which this album was painted.

However, that certainly doesn’t make the record unenjoyable. In fact, if you want to shut your brain off for a moment and enjoy some fun, meat and potatoes alt-rock, The Balance is the album for you. There’s plenty to enjoy, especially on the first few listens, and it’s worth checking out for any fans of the alt-rock scene that once ruled the world just a few years back. However, there just isn’t enough risk or creativity to be found here, and the record suffers for it.

The Balance is a fun project full of great efforts that just can’t quite break the atmosphere of its own uninventive creation.