Celebrity Mansions is an enjoyable project, but falls short of being anything more. 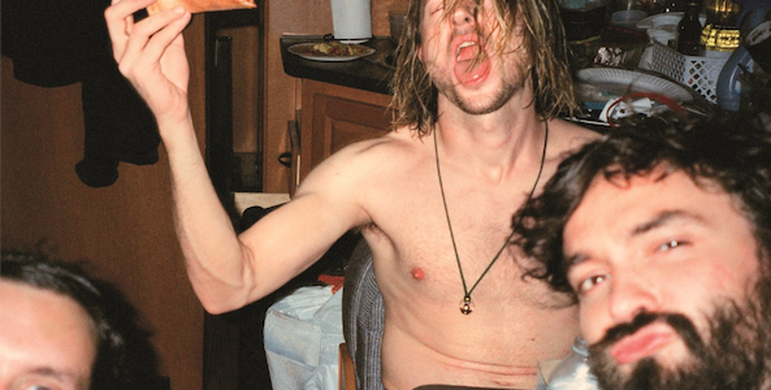 Dinosaur Pile-Up is an alt-rock band from Leeds, West Yorkshire, England. They debuted with three well received EPs in the late 2000’s before dropping their first full length album, Growing Pains, in 2010 with charted in the UK. They quickly signed with SO Records and releasing the follow up, Nature Nurture just three years later and supporting it with a tour that brought them to the United States for the first time. Eleven Eleven dropped in 2015, their third full length studio effort and final partnering with SO before landing a massive signing with Parlophone Records. With the much larger label, Dinosaur Pile-Up has access to the highest budget they’ve ever had for an album, a massive growth from their debut which was recorded in at home. With this budget, they’ve recently dropped their fourth studio LP and, for the most part, it’s a blast.

Like any good rock album, one strong feature of the record comes in the form of its lead guitar. Matt Bigland brings a handful of creative ideas to tracks like “Back Foot,” and “Black Limousine,” meshing noticeable, smooth melodies with chaotic, garage rock tendencies to make for quite a few impressive moments. For many listeners, this detail may fall by the wayside because of louder, more commanding elements, but no rock record is complete without strong guitar work.

That being said, Bigland is far more impressive in his duties as the band’s lead vocalist. His range and energy make cuts like the opener, “Thrash Metal Cassette,” and the title track infinitely listenable. He’s so clearly having a great time and it comes through in virtually every second of music. Not to mention, his screams are quite impressive, especially for the genre.

Even more addictive than Matt’s work as the frontman are Mike Shells’ fantastic drums. Virtually every track is impressive, but a few of my favorites include “Stupid Heavy Metal Broken Hearted Loser Punk,” and “Black Limousine.” Throughout the LP, Mike is exactly the kind of drummer this genre demands as none of his rhythms are particularly eye-popping but all of them bring an explosive style that takes each track to a whole new level. The drum kit is also particularly well mixed, which brings me to the true highlight of the album.

The production on this album is excellent. The new label’s money is well spent hear as the album carries a perfect balance between the sharp, tight mix and the messy, ringing instrumentation. The sharp cut off on “Pouring Gasoline,” is a fantastic example of this. On the other hand, there are a few creative moments like the surprising use of radio effects on “Round The Bend.” It’s this strong production throughout which elevates every track and even saves a few poor ones.

However, unfortunately, I do have quite a few complaints with this LP. Perhaps the worst quality comes in a few cringe-worthy lyrics on later cuts like “K West,” and “Professional Freak.” This is especially disappointing as lyrics on earlier tracks are quite strong. Additionally, several tracks on the latter half of the album just don’t carry their weight and seem to drag a bit.

All in all, Celebrity Mansions is a fun listen. It brings back much of the alt-rock and pop punk styles of the early 2000’s with a bit more precision and maturity as well as some very strong production. However, several lyrical and melodic moments don’t quite live up, causing the album with a runtime of only just over half an hour to feel bloated.

Celebrity Mansions is an enjoyable project, but falls short of being anything more.